“You are only as strong as your weakest link“. “One bad apple spoils the barrel“. If you think about it, there’s a lot of sayings about the negative difference one person can make. But is this really true? Can one bad employee wreck a team?

Many managers tend to look away from bad behaviour, and hope that things will sort themselves out. This is precisely the wrong thing to do as often you end up with productivity problems and employee turnover from your best employees.

There was some very elegant research done by Will Felps, Terence R Mithcell and Eliza Byington back in 2006 on this issue. They first did a review of all of the current research on the issue of bad employee behaviour, and then conducted clinical tests to find out exactly what happens when one negative group member joins a group.

In their research, they defined negative group member in one of three ways. They used academic language, but the categories were:

I am sure most people at one time or other in their careers have met one of these charmers. Often Maverick employees exhibit these traits.

But what happens to the group when you add in one of these people? Well according to their findings, the group productivity drops between 30-40%.

Add to that effect, you start to see other team members begin to exhibit the traits of the negative person, which increases the problems for the team in terms of productivity, cooperation, creativity, morale and learning. People are less interested in finishing a task – they just want to “get it over with“.

You also start to see your best employees leaving for other jobs, leaving the poor performer behind in your team.

So the next time you are tempted to avoid dealing with a negative person in the workplace, you may want to review the research, and ask yourself if you are more willing to reduce your team’s productivity by 30-40% than have an uncomfortable conversation with one person.

If you want more information about the study, here’s a link to the full research report “How, When, and Why Bad Apples Spoil the Barrel: Negative Group Members and Dysfunctional Groups”.

How to Do Performance Reviews On Jobs that have Changed

Many employees complain that their annual performance review is not relevant as their duties and responsibilities have substantially changed since they set their last goals and objectives. This is a real challenge for many businesses. While some jobs stay...

END_OF_DOCUMENT_TOKEN_TO_BE_REPLACED 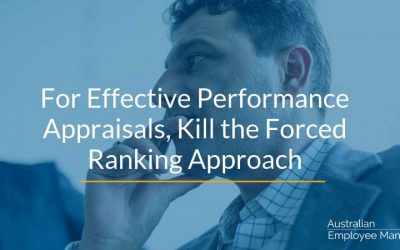 Many managers struggle with the concept of performance appraisals, so in an attempt to solve their concerns, they create a system that puts people in order from the "best" to the "worst". There are lots of creative ways of doing this ranking. They can simply put...

END_OF_DOCUMENT_TOKEN_TO_BE_REPLACED 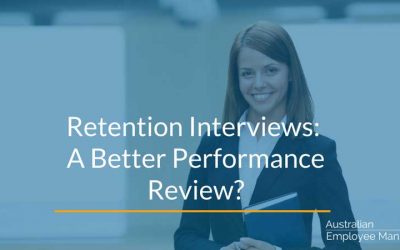